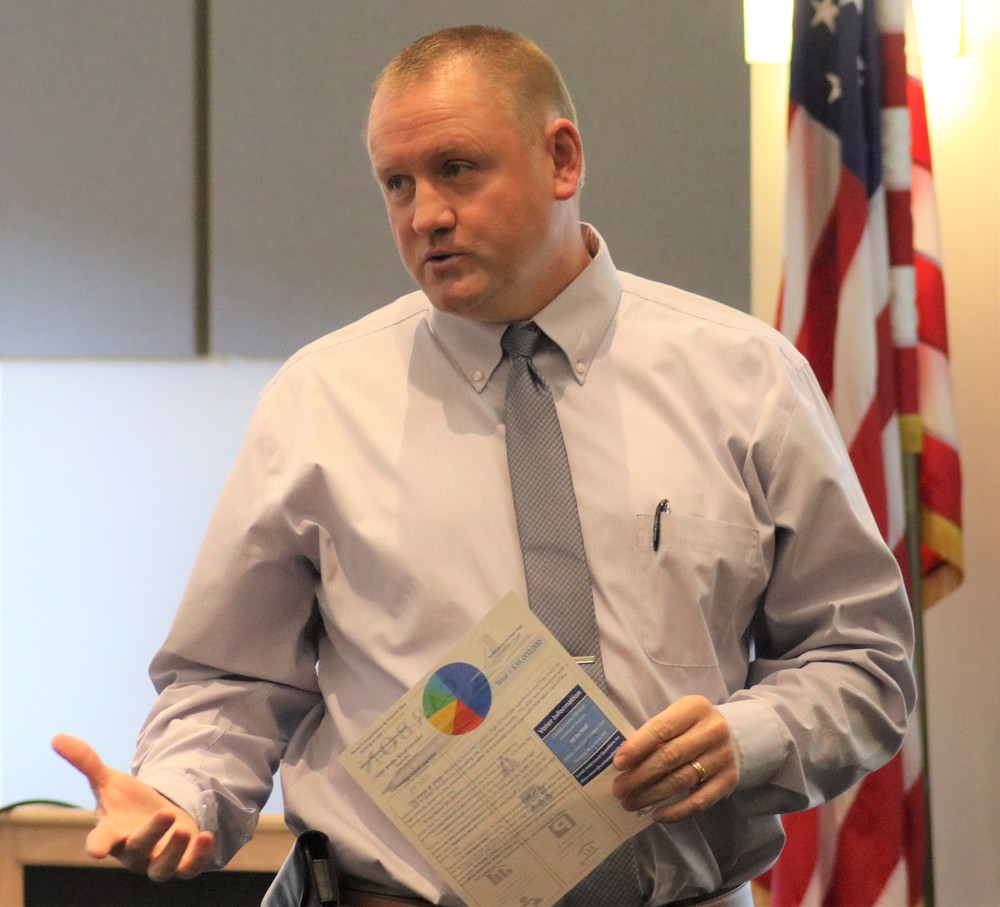 The Carbon School District Board of Education is presenting a bond to voters on this years election ballot for $36 million to improve Carbon High School and Helper Middle School. For unincorporated county residents, it will be the only thing on the ballot. For incorporated area voters, the measure will be on the ballot along with candidates for city councils. The entire voting process will be done through the mail.

"We will be sending out an informational flyer concerning what we intend to do with the money if the bond is approved and that mailing will happen before the ballots from the county go out in the mail," said Carbon School District Superintendent Lance Hatch during a presentation at the Castle Country Business Expansion and Retention general board meeting on September 26th. "Knowing what will take place given that the election is entirely by mail, It is hard for us to judge if the measure will pass or not."

How county voters mark their ballots will affect the two schools for many years to come. About a third of the money the bond would supply would be used to upgrade Helper Middle School, a facility that needs structural work as well as mechanical system revamping and some remodeling to make the building usable within the modern context of education for students.

Carbon High School would get the rest of the money and that would be used to improve the buildings heating and cooling system, to fill in the present atrium that is in the front of the school with a new office area, create a new media center, more classrooms and provide important security upgrades that schools across the country are now implementing based on the atmosphere of concern almost everyone has about that issue.

During the presentation Hatch used the districts website (https://www.carbonschools.org/) to illustrate what would  be done to the high school to upgrade it, although he pointed out that nothing is set in concrete yet because the district has tried to limit the amount of money on extensive architectural work until they see if the bond passes.

If the bond is approved three major problems at the high school would be solved, including the security concerns, the parking problems that have plagued the campus for years and the construction of additional broadcast classrooms so students can take more concurrent enrollment courses from Utah State University Eastern.

"The university has worked very closely with us on helping students with concurrent enrollment, but they reserve only five seats per class for our kids and often there are more than five students that want to take a particular class," said Hatch. "We now have only one broadcast classroom. With the design we have in mind there would be five or six of those."

As for parking, the district would move the bus garage over to the present warehouse and the bus administrative offices would be in the district office. The warehouse then could be moved over to the present bus garage building, or there may be options to move it somewhere else. That would mean all that space where the bus complex is now located could be converted to parking for the high school.

"We would not only basically double the amount of parking at the school, but we could also change the traffic flow which would make the parking there better as well," he stated.

Many people don't know that the high school has been facing growing student numbers each year with the student enrollment presently between 1000 and 1100 students. This year the school has 50 more students than it did last year.

"And we are seeing that kind of growth in every school in the district," he added.

The cost of the bond would have a minimal increase on the average homeowner in the county. An average home that is valued at $125,000 would see their taxes go up $5.68  per month.

"Property owners are already paying for a bond that is going to retire in the summer of 2021, and so this additional bond would not come into play until then," stated Hatch. "That makes the increase that people would see very small compared to the benefit the buildings and consequently the students would receive."

Pressure has come from some quarters concerning the possibility of building a new high school instead of remodeling the existing building. But Hatch pointed out that the Board of Education examined it closely and they didn't feel it was fiscally smart to do such a thing.

"A new high school would cost at least $80 million and the expense to construct one is going up daily," he said. "They just felt this was the best plan of action." There are also those who have wanted to just close Helper Middle School, but Hatch pointed out something that most people do not understand, particularly those that have not been involved in school finance.

"We would be putting 200 more students at Mont Harmon Middle School with no more staff to handle the increase," he said. "Helper Middle School is part of a program in which it is designated a necessarily existent small school. This is a program that the state runs for small schools in certain communities. Because of that the school gets an additional $500,000 each year to operate. That money virtually pays for the operating costs at the school. If we closed the school, that money would no longer come to us."

The bond, if passed, will be in place for 20 years.