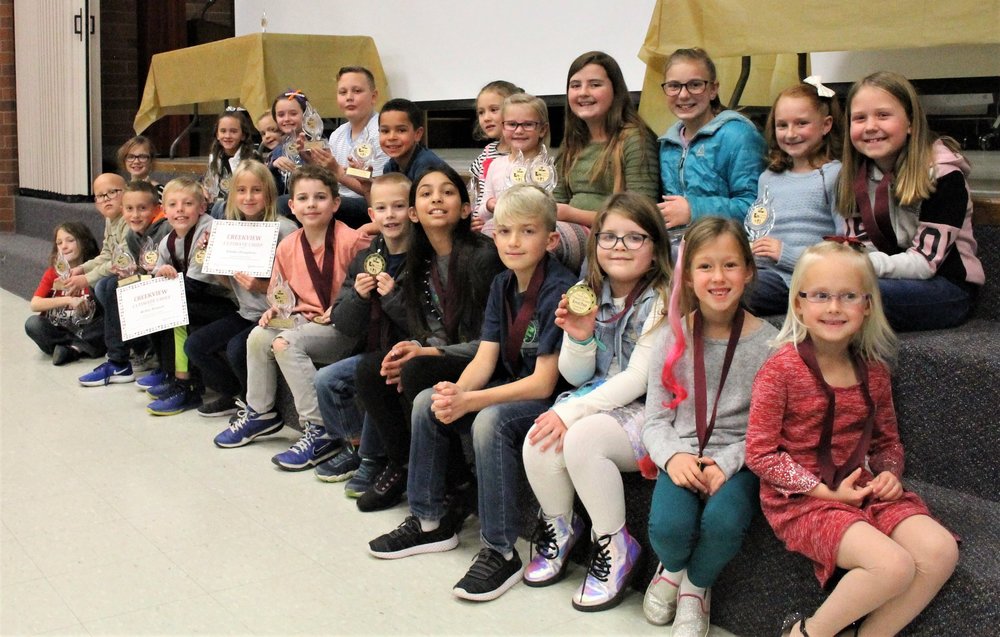 Being an Ultimate Chief at Creekview Elementary is quite an honor. In late November six students were given the designation during a large assembly. The Chief is the school’s mascot.

"We have made an acronym out of the word Chief which breaks down into Cooperative, Hard Working, Improving, Excellence and Focus," stated Principal Keith Palmer. "If a student gets all five attributes marked by staff members they become an Ultimate Chief and they get recognized for that."

The students get cards with those attributes listed on them and when they get a check from a staff member for one of those attributes, the card goes in a drawing the school holds. Obviously not every card wins in the drawing, but becoming an Ultimate Chief is a big reward to kids.

Palmer said that the designation of Ultimate Chief is not exclusive to any certain number of students. If all 500 kids in the school get all five attributes marked they will all get recognized for it. He said what the school staff is striving for is for all students to exhibit those good behaviors.

“Students who become Ultimate Chiefs get a special shirt for attaining the rank and they also get a special lunch as well,” explained Palmer. “We are trying to teach good behavior just as we teach math or reading.”

With the district emphasis on reading once again this school year, Palmer said he is excited about the growth students are showing and the interest is high in growing their reading levels.

“Kids come up to me all day and tell me they have increased a level or what level they are at. In fact, that is all they want to talk to me about,” he said, smiling.

Each elementary school in the district has developed a theme wall for reading improvement to show the data that has and will been collected on reading growth. Creekview’s wall is based on The Avengers.

“We pick up the cards they receive for leveling up every month,” he said. “If they went up one level I give them a fist bump. If they went up three they get three fist bumps. All the cards are displayed for everyone to see. I think the thing I like the best about this is not only are we growing all the time, but all the kids know what level they are on and they want to tell me where they are. They know everyone, all staff members, care about this.”

Palmer said the staff was also excited to see where student levels were when the year started this year compared to last year.

“Last year students reading at level at the beginning of school were only three percent of the school’s student body,” he said. “This year we were at 23 percent. We made it our goal to reach 60 percent this year, so it will be interesting to see with all the excitement and emphasis the kids are putting on this where we will be when we test them.”

Of course the STEM (Science, Technology, Engineering and Math) program at Creekview continues to be important. The fish tanks will be filled with baby trout in December with the expectation to plant those fish in a fishery in the spring. An education program about the fish project took place in November, getting the kids ready for their responsibilities in taking care of the fish.

Palmer says one of the things he likes best about being the principal (his first year) of the school is that the kids really want to talk to him.

“I’m learning every day about them. It’s kind of a weird thing to be the person they want to talk to. Having been an eighth grade math teacher before, nobody wanted to talk to me,” he said with a laugh. “Everywhere I go in the school the kids want to talk to me. Even the kids that I have had to do some discipline with, they forget quickly, and want to be my friend and want to do better. It has certainly been interesting. 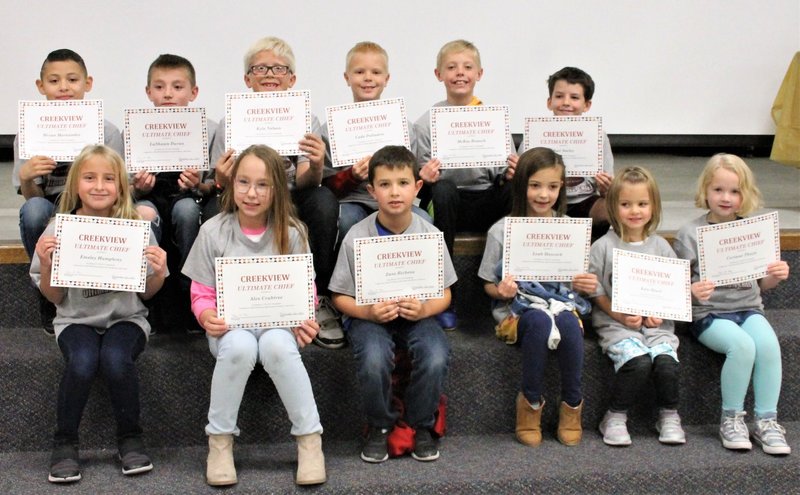 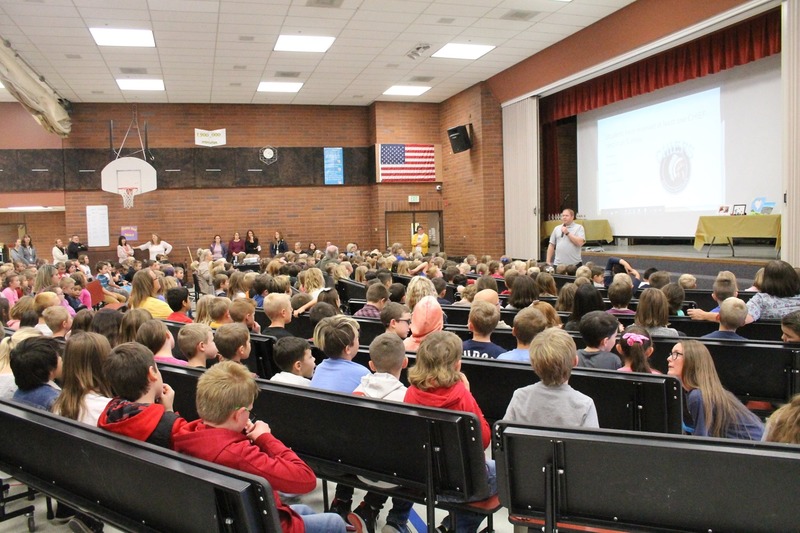