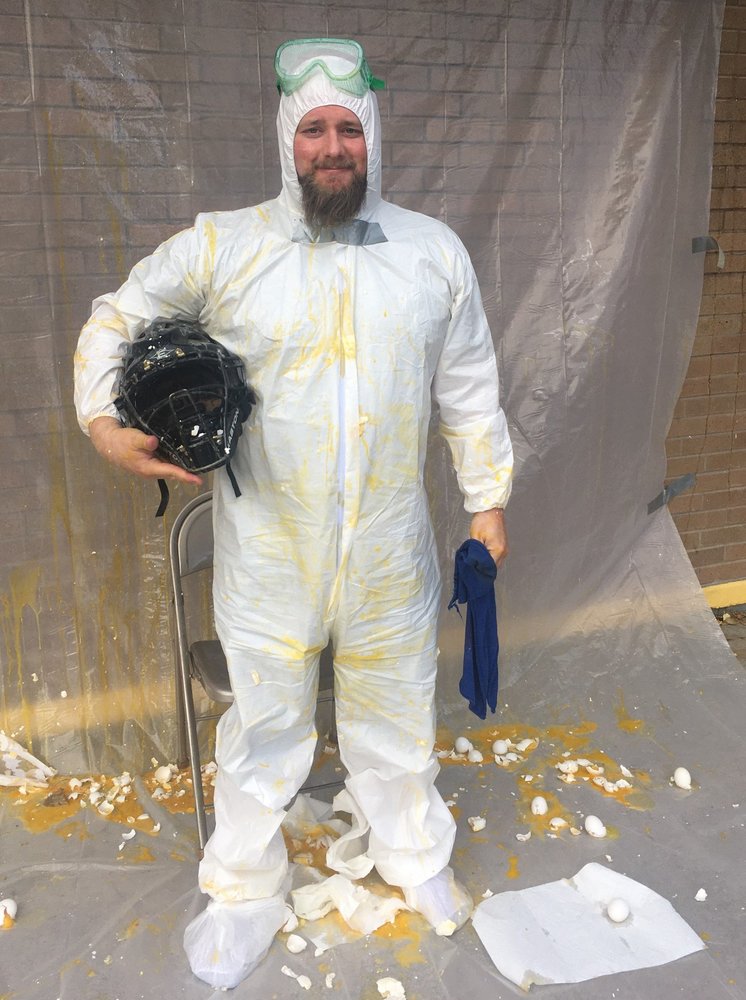 Sally Mauro Principal Blake Allen is excited about the new way that behavior is being handled at the school and he says that with the new emphasis on positive behavior, he thinks it will make a big difference.

“It’s called the Hero program and it allows teachers to track behavior through points in their rooms,” he said. “We like it because we are also incorporating a school store. The store will have such items as beanies, spirit sleeves, scarfs, backpacks, water bottles, patches and hats, along with some other things.”

Under the program a student can earn up to 25 points per week, depending on their good behavior. They can also earn more points by doing such things as passing off a math level, such as multiplication facts. Moving up a reading level also is included.

“The things that will be in the store will be displayed and that way students can see what they want and think ‘I need this many points’ to get whatever they want from the store,” explained Allen. “So it not only helps with behavior, but also gives the students pride in the school.”

“In an elementary school, it is the parents that are responsible for getting their kids to attend school every day,” he said.

There is also a program that is being worked out for perfect class attendance over a 10 day period.

One of the big academic pushes this year at the school is math and Sally Mauro Elementary has a special program they call Ninja Math.

“The kids work on a half page of paper with 19 math problems on it,” explained Allen. “Then when a student passes that off in two minutes or less, they then get a sheet with about 50 problems on it. Once they pass that off they get awards consisting of tokens (which are called brag tags) that tie into the schools house system (a system in which the school’s students are divided up into eight houses designated by colors). “

Brag tags are there for students to wear to show how well they have done in math. But as Allen points out, “...we work with students to help them understand there is a way to brag about their accomplishments without putting others down.”

Another result of the house system the school is using is that there is a lot of fun associated with it. Each day students who get tokens for behavior bring them down to the office in the afternoon and deposit the tokens that have been earned into a bin that is designated for each house. At the end of the month the school counselor counts up the tokens and the house that gets the most points, wins and gets to do something they want to do, or course, within reason. The first house to win this year wanted to seal wrap Allen to the flagpole at the end of school one day so everyone could see him as they left the building. Someone finally released him, so the next month he could be the target for egg throwing which he said “...hurt a bit when one student hit me right in the collar bone with an egg.” In November the house that won picked Allen and Mr. Gibbons, the school counselor, to perform a Donnie and Marie act in front of the entire school. Allen was Marie and Gibbons was Donnie. Then Allen had to wear the dress and make up he had on all day.

These events have been a lot of fun for students and it has create a lot of school spirit.

Allen says that the staff in the building is tremendous, because they care so much and they work to put drive into the students to achieve.

“Everyone is working so hard, pulling their load, and because of that we are going to see great results this year,” he concluded.