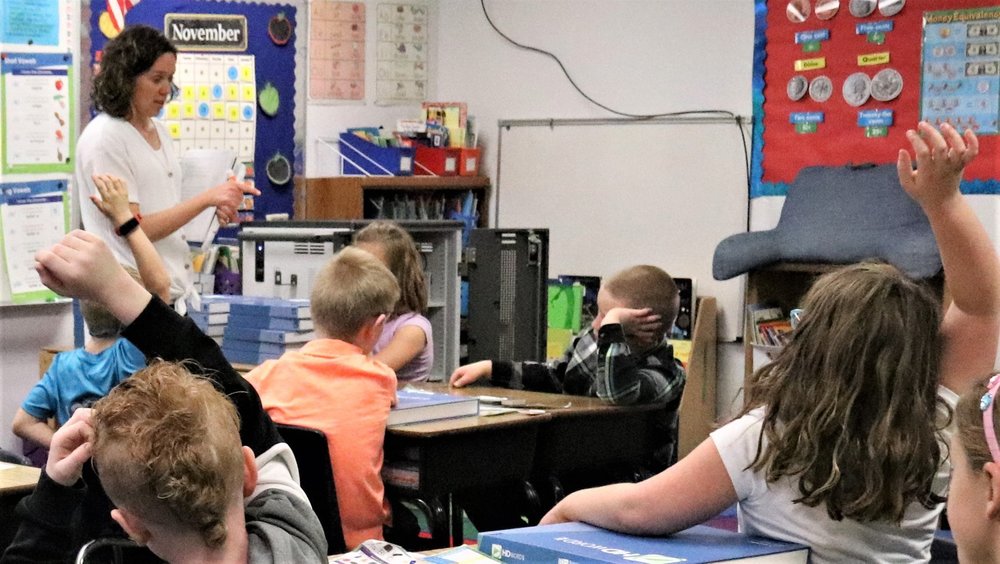 Only a few years ago, administrators in Carbon School District worried each spring when teachers in the district turned in letters of retirement or resignation. They wondered where they were going to find qualified people to fill the open positions. District personnel spent a lot of time and effort going to many job fairs and beating the bushes to find recruits to fill the slots.

This year, with 21 licensed staff either retiring or leaving the district for one reason or another, a year in which, because of COVID 19, there would be no job fairs and other recruitment tools would be fairly limited, the concern was that finding the right people would be very difficult.

But that is not what happened.

“At this point we have 20 new hires and one pending hire,” said Superintendent Lance Hatch last week during an interview. “And there are a number of applicants for that last position and they all look really good.”

So what changed? Why are things so different now from many years in the past?

“It is hard to know for sure about why we suddenly have had this good turn of events, but I have a theory that it has to do with a number of factors, including the competitive salary we are now offering to starting teachers in the district,” he stated. “We have been able to successfully increase the starting pay from $29,000 per year in 2016 to $44,000 per year. That's an increase of over $1000 a month which is significant.”

The district made worked through negotiations with the teachers association and the school board hoping to be able to compete with other school districts in the state, as well as nationally for the recruitment of new teachers.

Last year in a report from the Utah Foundation called Apples to Apples, overall compensation for Utah teachers was well below the national average with Utah teachers earning $47,604 to the national average of $60,483. When compared to other states in the intermountain area, Utah was not as far behind, but was still about 10 percent lower. Last year many of the larger school districts in the state increased their starting salaries considerably, which even with Carbon’s increase, was beyond what the district had done. While there was some concern about what might happen this year those fears have now been quelled by the large number of applicants the district received, even for teaching positions that are often hard to fill in rural areas.

“While we cannot overestimate the importance of the starting salary increase, we have had this perfect storm that includes the rapid increase in the cost of living on the Wasatch Front,” said Hatch. “If you combine that new starting salary with the cost of living being lower locally, the quality of life here is superior to that in the Wasatch Front area.”

Hatch did say that all of the people hired also had some kind of connection to the area, if they were not already living here.

“Most have family or friends here, and that may be more powerful than the starting salary and the cost of living,” he said. “It seems it is hard to get anyone to work in rural Utah unless they really want to be there.”

Hatch said that he used to do recruiting for other school districts and had gone as far as Ohio to attend job fairs.

“During that time we were just begging people to come and work in those rural districts. It just feels different right now. We are now able to hire high quality people from a pool of people who want to live here,” he concluded.