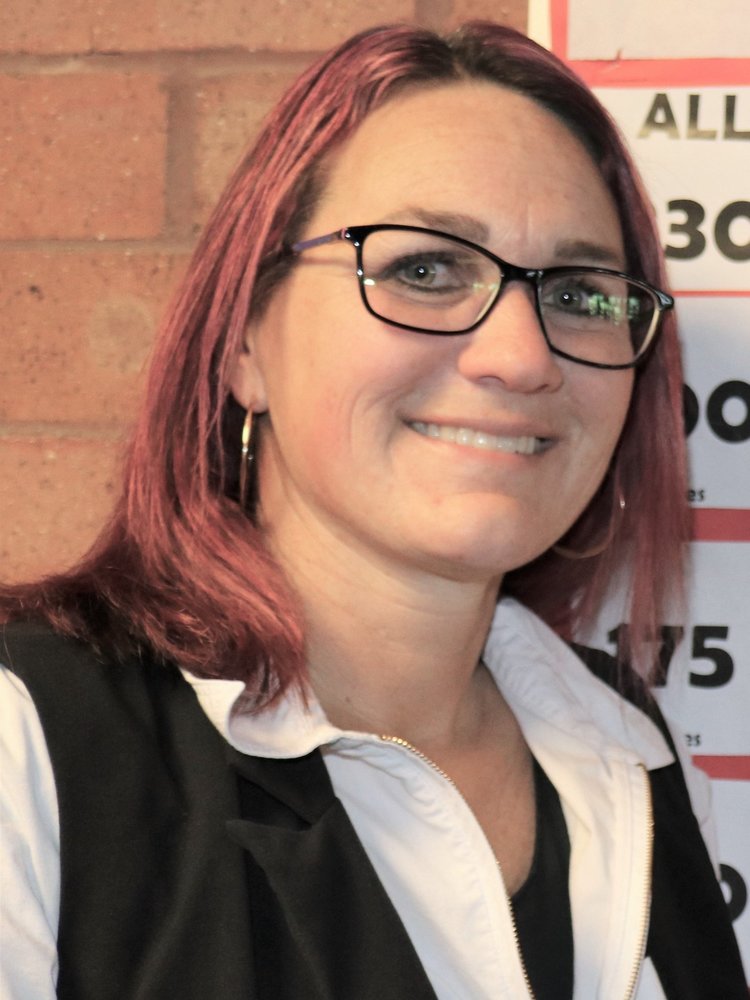 For Stacy Basinger, the changes this spring and summer are bittersweet. As the new Elementary Director for Carbon School District, she is excited about the possibilities and the challenges she will face. On the other hand, giving up her position as principal of Wellington Elementary has stirred her emotions.

“I am a Wellington person,” she said. “I live in the community, know the people, I taught there, and I have served as principal of the school for five years. I 'grew up' there in education. I questioned if I could walk away from something I have loved so much.”

Her new position in the District office has some similarities to the Elementary Supervisor job that existed a number of years ago in the district, but it is also different in many ways.

“There are additional responsibilities over what that position held in the past,” she said. “My number one responsibility is to support the elementary schools from the administration, teachers, students and parents. But the position doesn’t just have responsibility for the academic side of things (assessment, curriculum, etc.), but it also deals with student services, human resources, and most other aspects of operating the elementary schools in the district.”

One of the things that Basinger noted is this year all the elementary principals are relatively new with three just completing their first year as administrators in their schools in Carbon District, and two more who will start this year as first time principals.

“It is a unique situation where every part of the elementary leadership in the district is relatively new from the principals to myself,” she stated. “We all will be diving in and learning and building. It’s actually very exciting.”

She said at first she was very nervous about the change, but she has taken the attitude that she needs to use her experience from being a teacher and then a principal to aid her in making her new position successful.

“Now instead of one class to love, or a school to love, I have five elementary schools to love. They are all my kids now,” she said with a smile.

Basinger said her philosophy has always been that she should never ask anyone to do anything she’s not willing to do herself. Involvement is important.

“At Bruin Point (where she was principal for two years) and at Wellington I chose to be hands-on with the kids, the staff, and with the parents,” she said. “I recognize I am going to stretch myself to perform this new job. However, I will not ask anyone else to work harder or do more than I do, and I not afraid of hard work.”

She said she appreciates the support both from Superintendent Lance Hatch as well as the principals in the schools who have been very welcoming in her new position.

“I certainly don’t have all the answers, and if you ask me I might not know something right now, but guarantee I will work to find the answers,” she said.

Basinger, who is originally from Layton, moved to Carbon County in 2001. Originally, she wasn’t sure about the move, but said once she got here, she loved it. She then chimed in with the adage that one hears from many people who have relocated from the Wasatch Front saying “...I love visiting there, but I would never want to live there again.”

After moving to the area, she went to the College of Eastern Utah, and then continued to earn her Elementary Education degree through the Utah State Extension program. She taught a first/second grade split class, second grade, and sixth grade in Carbon District for seven years during which she earned her Master’s Degree from Southern Utah University before she became a principal. Then, for seven years she led schools. She is beginning her 15th year in education.

“I’m not just a proud employee of Carbon District, but I am a proud parent as well,” she stated. “Two of my three children have completed a successful education in this district, and my third child is beginning his first grade year. My older kids speak highly of their education experience, and that is a credit to the many wonderful people in this district.”

She spoke regarding the great progress towards improving instruction for the students that has been extended over the past few years, and she is thrilled she has been a part of that.

“It may be difficult for those on the “outside” to see all that’s been accomplished, but we have seen it. There have been so many successes, and that’s attributed to all the efforts of so many outstanding and committed educators and support staff. I am excited to continue what’s been implemented and support the continued development going forward,” she concluded.