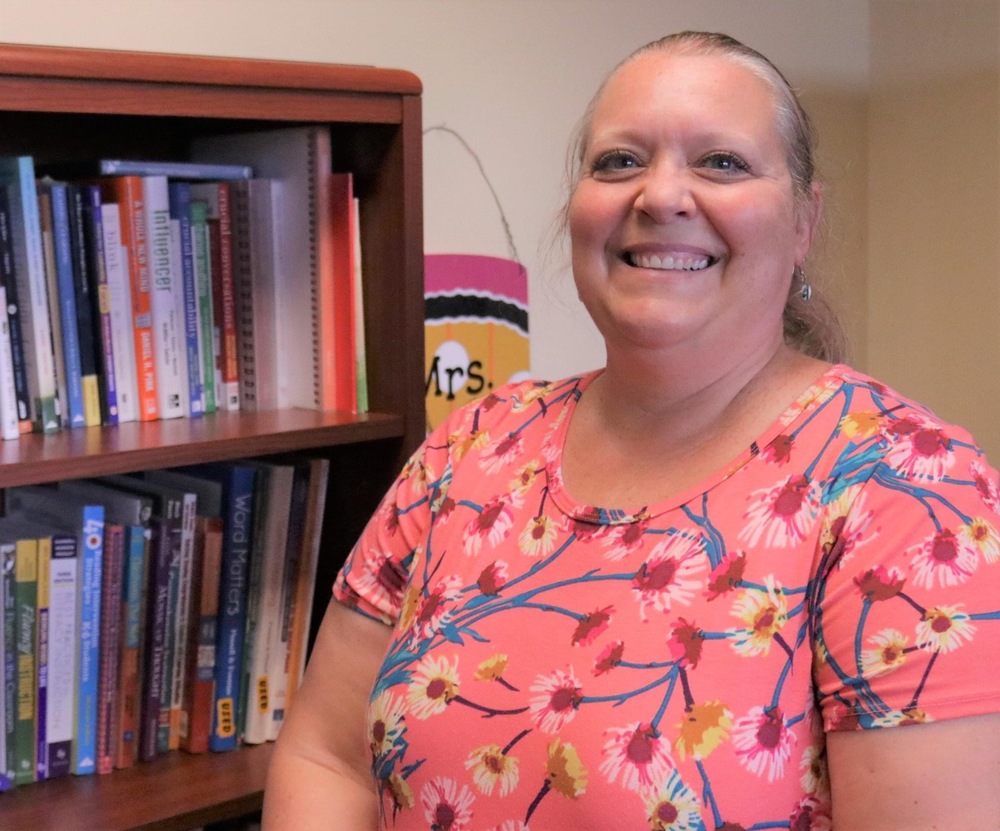 For most people taking a new job, in a new place, is a challenge and anyone person who is doing that will give different answers to what they are looking forward to the challenges. For Connie Todachinnie, who is the new principal at Bruin Point Elementary this coming school year, the answer is the chance to experience something different.

“I think what I am looking forward to the most is working with a lot of new people, people who I don’t know,” she said. “This is really going to help me spread my wings.”

Having taught for over two decades in the San Juan County School District, she will be surrounded by people, both district wide and at the school with new individuals, people she will get to know. But there is one exception: Superintendent Lance Hatch.

“He was the principal at Monticello Elementary and then later he became my supervisor when I was an instructional coach,” she said. “I was fortunate to work with him closely at that time and I loved working with him.”

But Todachinnie wasn’t always a San Juan resident. She was a military kid and the family moved all over the place, finally settling down in Utah County. She later went to Snow College, and worked through Southern Utah University to get her teaching degree.

“I have worked as a first grade, second grade, fourth grade, fifth grade, seventh grade and eighth grade teacher,” she explained with a smile. “I also was an instructional coach for about nine years.”

Of the 23 total years of teaching most of it was at Montezuma Creek Elementary, but she did spend two years in Arizona, one at Red Mesa Unified School District and another at Rough Rock Community School as the kindergarten through 12th grade reading coordinator. For nine years in San Juan she was an instructional coach and then the principal at Montezuma Creek for the last three years.

She also has more than just professional experience in dealing with kids, having had eight of her own. Most are grown and have left home with them scattered from North Carolina to the Wasatch Front. One is also going into the military soon and another is enrolled at Utah State University in Logan this fall.

Todachinnie has taken up residence in Sunnyside, something no other principal for some time has done while working in the community. In fact she just moved there in the last two weeks.
“Right now the housing situation is temporary because we are waiting for the right home to come up for sale, but we intend on staying in the East Carbon area,” she stated. “We really like it there. Everyone in the community seems to know of me already. I really do like small town life. Also, I wouldn’t know how to serve the students if I didn’t know the community, and the best way to do that is to live there.”

She said that it is different in terms of the population that affects the school because the population of the East Carbon area is equal to what about a fifty mile radius is where she came from.

The main reason she said she wanted to come to Carbon District to work was that much of her family is on the Wasatch Front and she still has children that live in San Juan County too. It will be easier for her to see them all with a lot less driving.

“This is kind of in the middle,” she said. “No more six hour drives. This is where we are supposed to be at this time.”
She said that in many ways the school, community and the students are not that much different from where she came from; a close knit community that is in some ways disadvantaged, but having the ability to reach for the stars.

“Some people have asked me if Bruin Point is just a stepping stone for me, but it isn’t. I am not looking to go to the district office or another school. At this point I would like to retire from education with Bruin Point being the last place I work. I want to stay where I am,” she concluded.