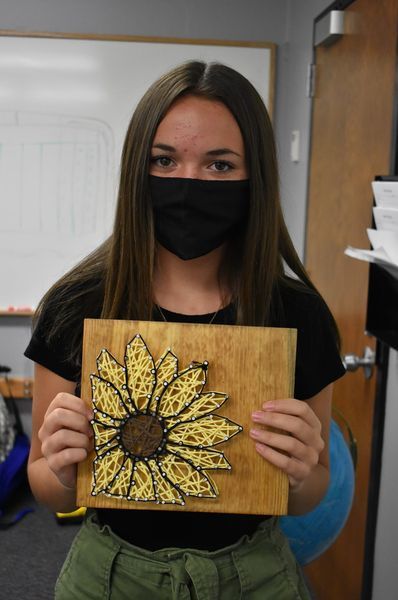 Art Explorations
“Art explorations classes are a chance for students to try different and unique mediums. It is exciting to see students create projects that they are proud of, even though they wouldn’t label themselves as artists,” said Tina Frame, one of the art explorations teachers.
Currently the classes are creating string art. They started with a raw piece of wood that they sanded and stained. Then they chose patterns and pounded the nails into their board- some pieces of art contain over 150 nails! Finally, they wove string around the nails to make a beautiful picture.

“It is relaxing to go to art explorations. I like being creative and it is fun to try new crafts. I created a soccer ball for my string art and was surprised by how well it turned out,” said Maggie Truman, a 7th grader.

Anatomy
Not all electives are fluff as some people think; some are based on core subjects. Anatomy is traditionally taught only in high school, but many students were interested, so Mont Harmon offered it.

“I took anatomy because I wanted to learn more about the human body. Mr. Cisneros has taught a lot about bones, muscles, the nervous and cardiovascular systems. It is a lot of cool information that I didn’t know. I think it would be great to become a doctor or pharmacist some day,” said Carter Warburton, 7th grade student.

Gifted and Talented
Mont Harmon has purchased several 3D printers and the students in gifted and talented classes are using them around the clock. They are learning 3D design and creating their own innovations. This semester, students were challenged to find a problem in their lives and then create an invention to solve it.

Case Griffeth, a 6th grader, was tired of struggling to get his soccer socks off after practice. He invented a “soccer sock puller offer.” He commented, “it was actually really fun to learn how to 3D design and print. It was fun to learn how to think of new ideas to solve a problem and then create a solution.”

An Inventor’s inspiration can come from anywhere.

Tayger Timothy (a sixth grade student) explained how he found his, “My family goes to the lake and I always get rashes from wearing a life jacket. My invention is a shirt sewn inside a life jacket that is split in the front. It protects my body and is easier to take off than a wet T-shirt.”

The most important part of the process is finding that making mistakes is not shameful, it is encouraged.

“I went through many prototypes, and I learned that it takes a lot of time and consideration to make an invention actually work. It took a lot of trial and error. Some of the things that went wrong really helped me out in the end,” said Hadley Carlson, a 6th grade student.

Social Dance
“Over the year, about 60 kids will learn the basics of slow dancing, swing, line dances, break dancing and hip hop as well as the history of each style of dance. In addition, they will learn the science of how the human body makes motion,” said Brandon Stephens, science and dance teacher. “There have been many students who had never danced before, their friends talked them into the class, and they ended up enjoying it more than the person who invited them!”

“We started practicing in the beginning of July. The boys have worked really hard to bring our region title back. They fought through some major adversity this season to win this title. COVID and injuries set us back… but the guys stepped up to fill roles of missing players. It was a full team effort, and I’m very proud of them,” explained Coach Jordan Blanc.

The team secured the title on October 7 when they played at Helper and garnered a 46-0 victory.

“A big highlight of the game was not giving up any touchdowns,” Blanc added. “We had some really big plays offensively. Our blocking was phenomenal all game and led to our huge rushing attack.”

“I’ve tried to get more games with the high school region’s feeder teams so that our players can know what to expect from the opponents that they will play in the future.” he stated.

In fact, a non-region game was Blanc’s favorite game of the year. He looks back on the Pirates’ second game against Moab as his best memory of the season. The first time they played the boys from Grand County they lost 38-6. In the second game. Just three weeks later, the Pirates came out ready to duel, and the game was tied until overtime. Even though the Pirates lost in overtime, Blanc was proud of how much his team had grown after the first difficult loss. 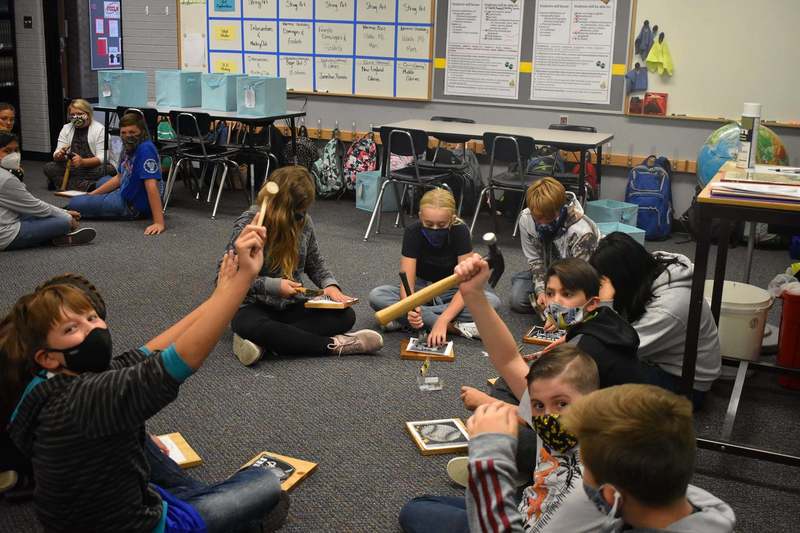 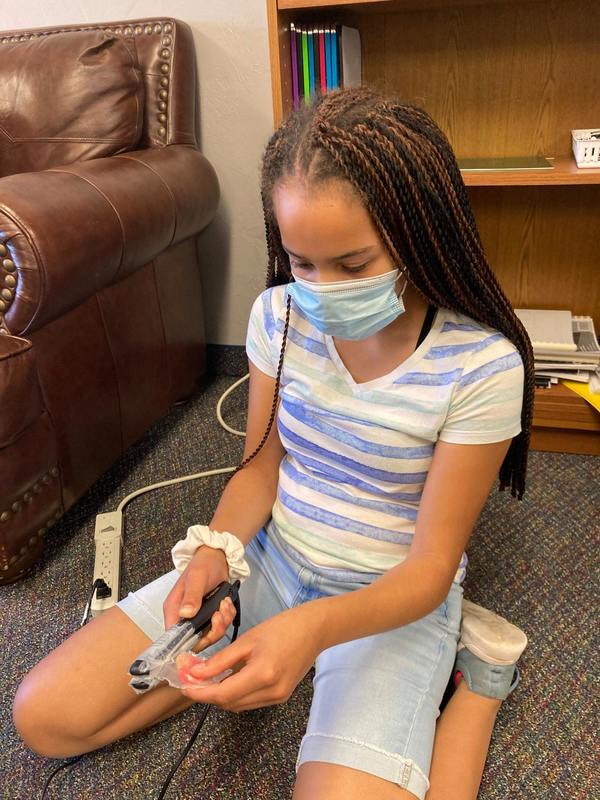 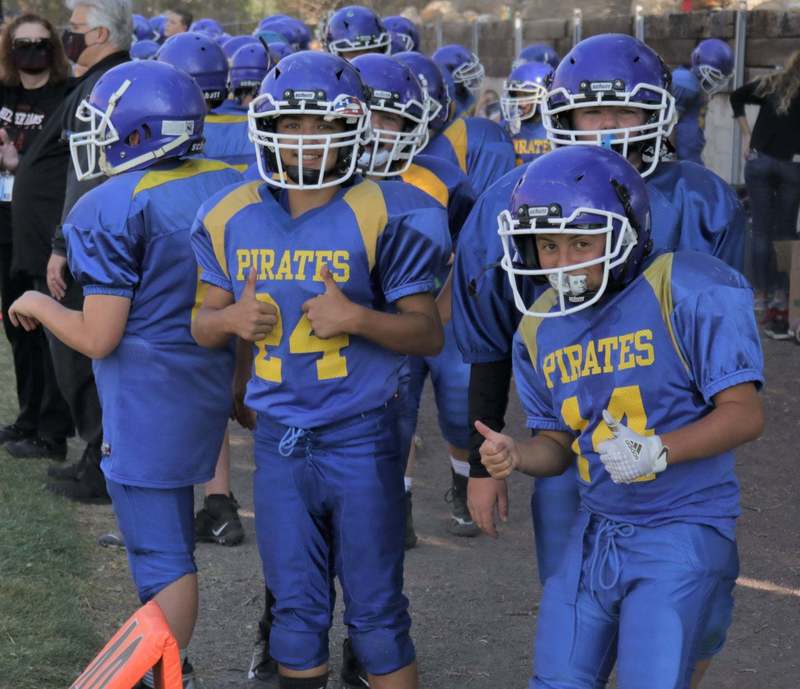