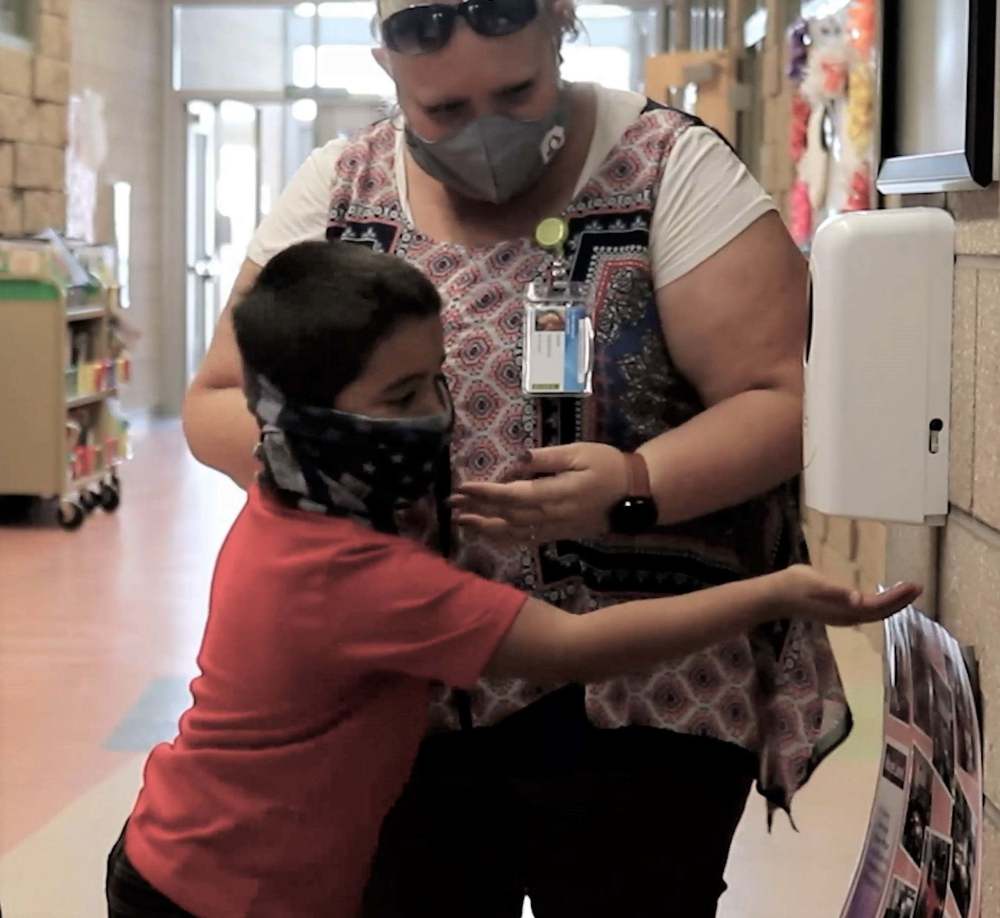 Each year a carnival has been held in the summer as a fundraiser for Bruin Point Elementary. Over the past few years this money has been used for many things to support the school, but this year that event had to be canceled because of COVID 19.

“One of the parents asked me if she could help us to get a penny drive going,” said Connie Todachinnie the Principal at Bruin Point. “It’s an activity where the students just collect coins for the school. We had a nice talk with the kids on how they can find money, and on how they shouldn’t obtain it. They don’t go door to door to ask for money, but they look for coins and are largely urged to do little jobs for money and then to donate that money to the drive.”

It was a very successful fund drive, not only in raising funds for the school (it garnered over $1500) but in other ways as well. It became a great character builder for kids. The winner who collected the most money in each class got to put a whipped cream pie into their teacher’s face. The top producer in the school had a chance to pie Todachinnie.

“The school’s winner was a student in kindergarten,” she explained. “He raked leaves, he cleaned things, he picked stuff up and he earned about $220. The second-place winner brought in about $210. Our goal was $300 for the entire school. It was the first time in my 25 years in education that I got a pie in the face.”

She had also told the kids in the school that if they could earn over $500 in total she would dye her hair a rainbow of colors. Consequently, because of what was raised, she had to do that, but at the time of the interview the colors had faded out.

The carnival is usually done in conjunction with Miners Trading Post in East Carbon and takes place in their parking lot. Despite not having the activity this year, Miners still donated $2000 to the school. In addition, many parents have donated to the fund as well.

“Almost every student in the school participated. The fact is that almost all of them came up with their donation by working for it,” she stated.

Another part of the award to the students for working so hard was that all of the snacks for the Halloween celebration were purchased with some of the money, and it will also provide goodies during
the schools Christmas celebration as well.

“Our Christmas program is going to be different this year, because it will be done virtually,” explained Todachinnie. “That is going to be difficult but it will be live streamed and it also will be recorded so
parents can get it on DVD’s which will be available after the first of the year.”

“We are going to have a Reading Celebration in conjunction with the Christmas celebration. We will have the kids read and then the whole school will watch the Polar Express,” she said. “That celebration, along with the purchase of books, refreshments and things to track the reading program is being paid for by a grant that Mrs. Lauffer, our librarian, was able to obtain from PBS (the Public Broadcasting System).”

Todachinnie, being a new principal in Carbon District this year, and having had many years of experience in the San Juan School District, is familiar with what it is like to lead a school. She said the
staff she has at Bruin Point is one of the best she has ever seen.

“They are phenomenal,” she said, “With the uncertainty of what is going on and the changes they have had to face, they have been tremendous.”