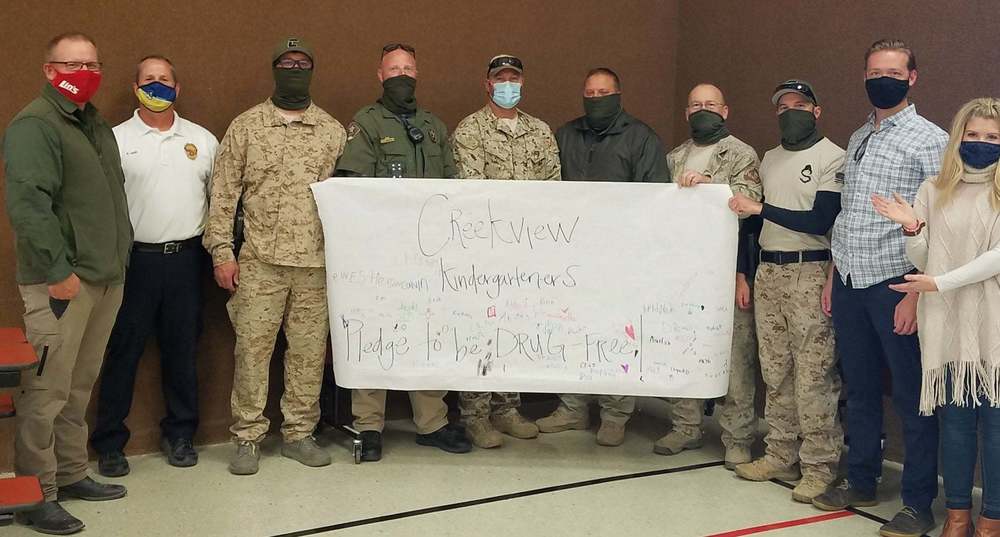 For Keith Palmer he has had two years of being a “new” principal.

Last year was his first year as a principal at Creekview, after teaching middle school for many years, and it ended in the pause of in-school learning because of the pandemic. This year is his other first year, because, while things have gone smoothly for the most part, it is definitely another “first” in things he, and literally no principal in the state, has ever faced before.

“Different does describe this year,” he said. “For instance we just started archery practice this week and that is exciting. For now we don’t know what competitions will look like but we decided that we wanted to give some students some after and before school opportunities to shoot. They are gearing up as if they are going to go to the state competition, but no one knows what that will look like.”

Activities at all schools are not the same in all aspects of education. Palmer says that at Halloween the students just stayed in their classrooms and there was no parade, but they still had fun doing things there.

“It was a little more low key, but that wasn’t all bad,” he stated.

Red Ribbon Week also was done in conjunction with Halloween this year. Various speakers, ranging from police, to athletes to experts from the health department came to the school and talked to the students about the downfalls of illegal drug use, tobacco and alcohol. The schools food drive also took place at that same time too.

He said they also just recently did a virtual assembly, a first for the school that was broadcast from the library.

“It was the Reflections Award assembly and all the students, except the ones that got awards, stayed in their classrooms and watched,” he explained. “It was kind of fun when a student won because you could hear cheering down the hall from her or his class. Parents could watch it from home as well. The whole thing had a few hiccups, but overall it went very well. It was a different feel, but it was all good.”

He pointed out that with assemblies like that, the virtual alternative might be better in the future, even when gatherings will be allowed again. He said in the case of this assembly students would have taken more time walking to the gym and getting everyone seated than they would watching the actual awards take place.

“This way when an assembly starts they just turn it on and then when it is over, they go back to doing things in their classes,” he pointed out.

The school, along with the PTA has begun Santa’s Workshop, something they do each year. In that activity the PTA buys small gifts and each child gets to pick something out for someone else they want to give it to. It is an exercise in thinking of other people.

“I think it is one of the sweetest things we see each year as students comment on who they are giving it to and why,” he said. “The day before holiday break the kids will put what they picked out in a bag and write a card to the person it is going to.”

As for academics, the school was testing the week after Thanksgiving and that will give the staff a chance to evaluate how students are doing this year.

“I have not seen the final results yet, but from what we have seen it appears to be promising,” he stated. “This will be a bit more telling of where we are than things were are the beginning of the year considering what went on last spring.”

He said with all the good things going on and all the success that has been realized, the holiday break is being looked forward to more than ever.

“People are fatigued because of everything that has to be done. Teaching in a classroom and having to do it remotely at the same time is wearing on people a bit. It’s a lot of hard work. There has been a lot of extra work to do. For instance, if we need to go totally virtual again, we won’t miss a beat because we have a great plan. However developing that all took time and energy. Luckily we have a long winter break this year and that’s good,” he concluded.