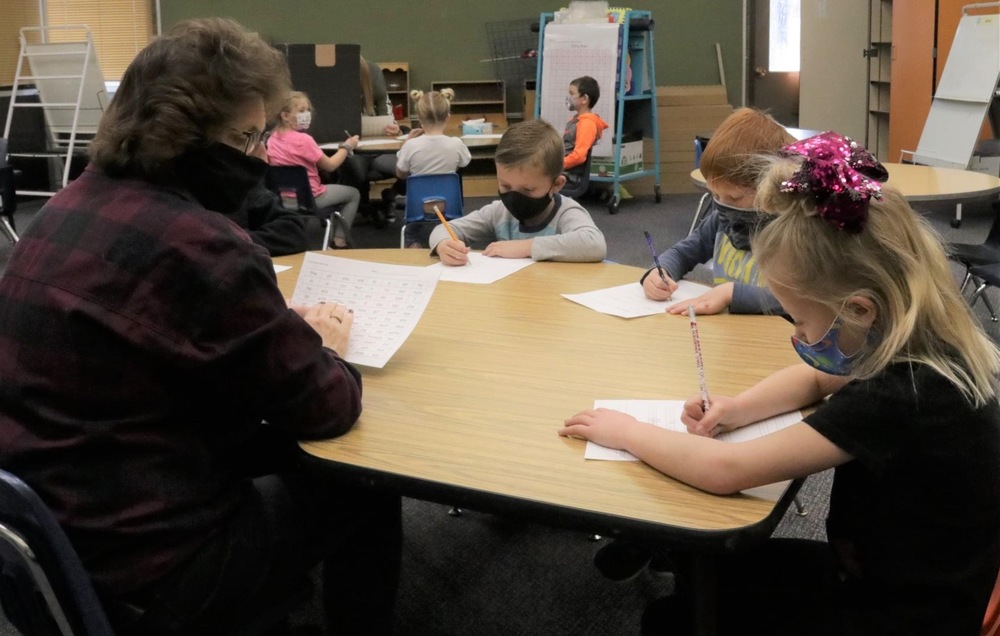 While the pause in school last spring sent shock waves over education across the country, the recovery from that is going on in many schools is very satisfying to see.

Sally Mauro Elementary is one of those and as data comes in about reading growth and math facts it shows that good things are happening.

“Our reading goal is a district goal, it’s not something we do just for ourselves,” said Blake Allen, the Principal at Sally Mauro. “It is incorporated into our classrooms. The present goal for this May is to have 52.4 percent of students first through fifth grades reading at their grade level. Right now, our fourth and fifth grade are way ahead of the curve.”

Data shows that presently the fourth grade is at 40 percent and the fifth grade is at 51 percent, which is almost where the students are expected to be at the end of the year. With the best part of growth perennially coming throughout the first few months of next year, the school is way ahead of the game.

In Kindergarten and first grade phonics are the order of the day in the program. Phonics are the base building blocks for reading. Things are looking very good there as well.

“Our phonics growth, particularly in first grade, is looking great,” said Kristina Anderson, the school's instructional coach. “From the beginning of this year until now, the student growth has been amazing.”

Anderson added that “teachers and para professionals have really jumped on board to help students with reading levels” and that everyone in the school is helping with the program.

On the subject of math data the school is also excelling for the year as well.

“The data shows that as of March during last school year, 75 percent of the students were proficient in math for their grade level,” said Allen. “We are seeing great growth this year and we expect that at the end of this school year we will see a level of 80 percent.”

Second grade in particular is ahead of schedule in this crusade. In early December they were already at 71 percent. Fifth grade is at 68 percent, with over half the school year to go,

“When I saw that percentage for second grade I asked teachers how they got that result,” said Anderson. “One of them told me that she wanted the students to understand the goals that had been set. She said they set it up so that students knew they were going to pass off their addition facts by the end of the first quarter and then their subtraction by Christmas break. They gave the students all kinds of ways to practice, they have sent out home work with addition and subtraction problems and they have celebrated when they have achieved their successes. It has to do with meeting expectations and tracking closely what students are doing.”

Some of the changes have come because of feedback staff has been getting on student achievement further on down the educational line.

“Last year we heard from the middle school that students having their basic multiplication, division, subtraction and addition math facts was something that would aide teachers there,” stated Allen. “So Mrs. Anderson (who taught fifth grade last year) and Mrs. Carmack shook things up and changed the way they were doing things. Those changes have gone a long way to how our students this year are doing on their math facts.”

Some of the growth comes from the fact that teachers are being positive that students have their basics down before they move into that particular grade level math operations.

“For instance the fourth and fifth grade didn’t begin the year just assuming that students coming in knew their addition and subtraction facts,” stated Anderson. “Teachers began the year making sure the students had those skills before they moved on to multiplication and division. If students don’t pass that off first, then they need to go back and learn it before they can move on. It is encouraging to see teachers and paras examining each students growth and asking themselves ‘what can I do to help this student do better.’”

Allen says it has to do with teachers taking ownership of the goals and running their classrooms based on the goals that have been set. They work to be sure that students have mastered their math skills before they move onto the next level.

Grade level percentages in math have jumped up from the start of school dramatically with an average of over a 26 percent gain across grade levels from the beginning of the year until mid December. The biggest growth came in the second grade where students went from an 11 percent proficiency rate to 71 percent in just a few months.

“I think that the end goal is important, but you also have to look at where we came from this year, where we started,” said Allen. “But what I have learned is that once January comes, something clicks and the growth increases even faster, so what happens after the holiday break will be exciting. The credit for what has been done goes to the staff here. They are doing an amazing job and I can’t say enough good about them.” 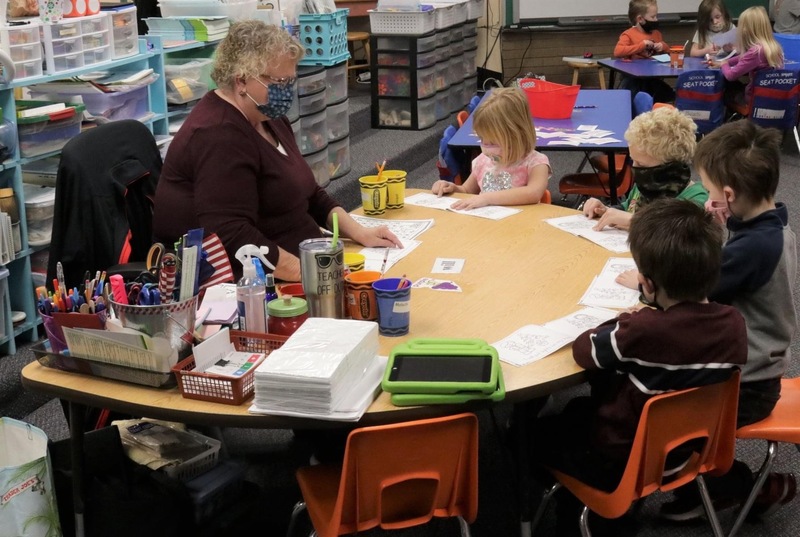 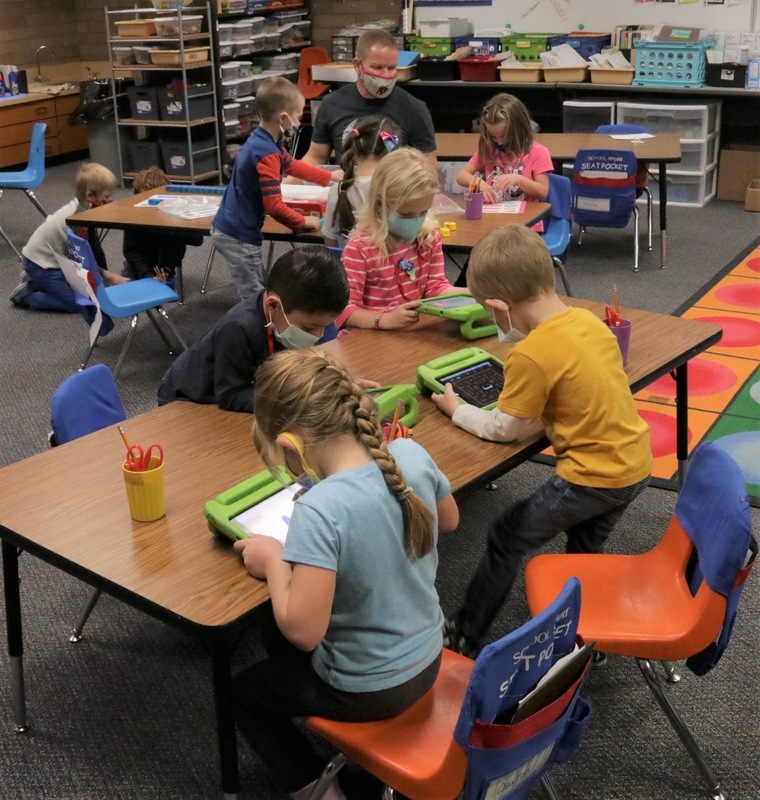 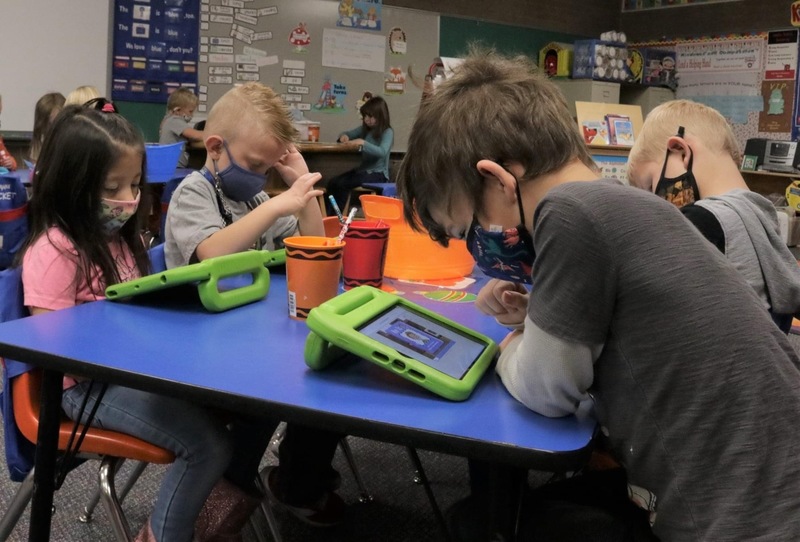