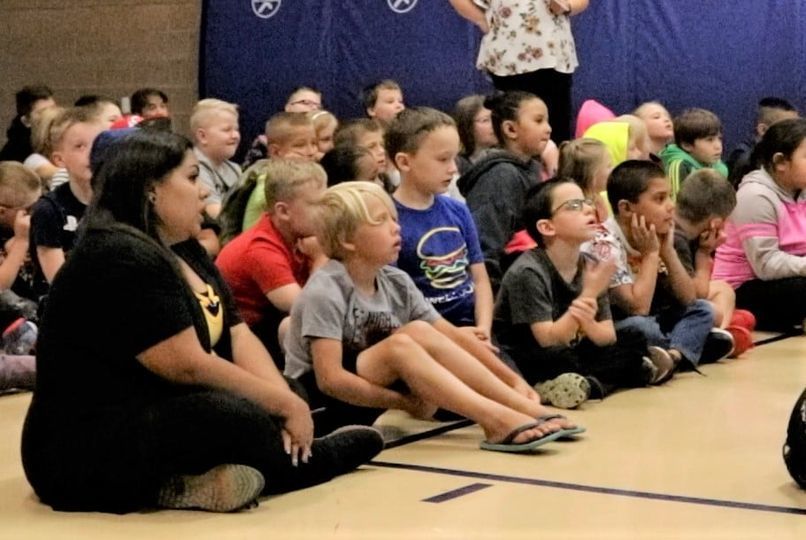 Almost everyone knows that when students are away from school for the summer, their skills often are eroded by time and the lack of practice at scholastic endeavors. But many of the initial assessments of students this fall at Bruin Point Elementary have been showing something surprising.

“We have begun our beginning of the year testing so we can have data on students to target our teaching to what students needs are as quickly as possible,” said Connie Todachinnie, the Principal at Bruin Point Elementary. “I have been testing the lower grades and I have not seen a huge summer lag. I think a lot of that is because so many students came to the summer school program.”

She went on to explain that the testing is being done with Dibels (Dynamic Indicators of Basic Early Literacy Skills) and Raz Assessments (which assesses key reading behaviors). She said there is also a new kind of assessment coming up, one for math proficiency.

“The state has pushed this out to everyone and it is called Acadience Math,” she stated. “This gives us a fluency assessment for math and I am really excited about it.”

According to their website Acadience Math is an assessment used to measure the acquisition of mathematics skills in order to provide early support to help students thrive in mathematics.

She also said that focusing on behavior throughout the school is an important part of this year's program too and is an extension of last year's emphasis on that aspect of school life too.

“We are looking heavily at instructional delivery,” stated Todachinnie. “Teachers are developing explicit mental models for academics, so it is totally clear to the kids what they will be learning, why it is important, and how they will know they have learned it. That teacher clarity is so important. Teachers will know what it sounds and looks like and can convey those concepts to the students.”

Back to school night for Bruin Point was on August 26 and it included information for parents about Title I, the school community council and then the parents went to two rotations in classrooms so they could hear from teachers and ask questions about what would be going on in their students' learning environment this coming year. A dinner for parents was included in the activities.

Todachinnie said the school is looking forward to the Three Screens assembly coming in September. The program that is presented to students appears on three large screens that are assembled together to create a 43-foot wide video wall that utilizes state-of-the-art sound and video projection to captivate the attention and imagination of students. Music and movie action is used to draw them in as they absorb moving stories that show how people can make a positive difference and how to avoid dangerous and destructive choices as they grow older.

“In our case, since we are a small school they will probably only bring out two screens,” concluded Todachinnie, saying it with a smile.