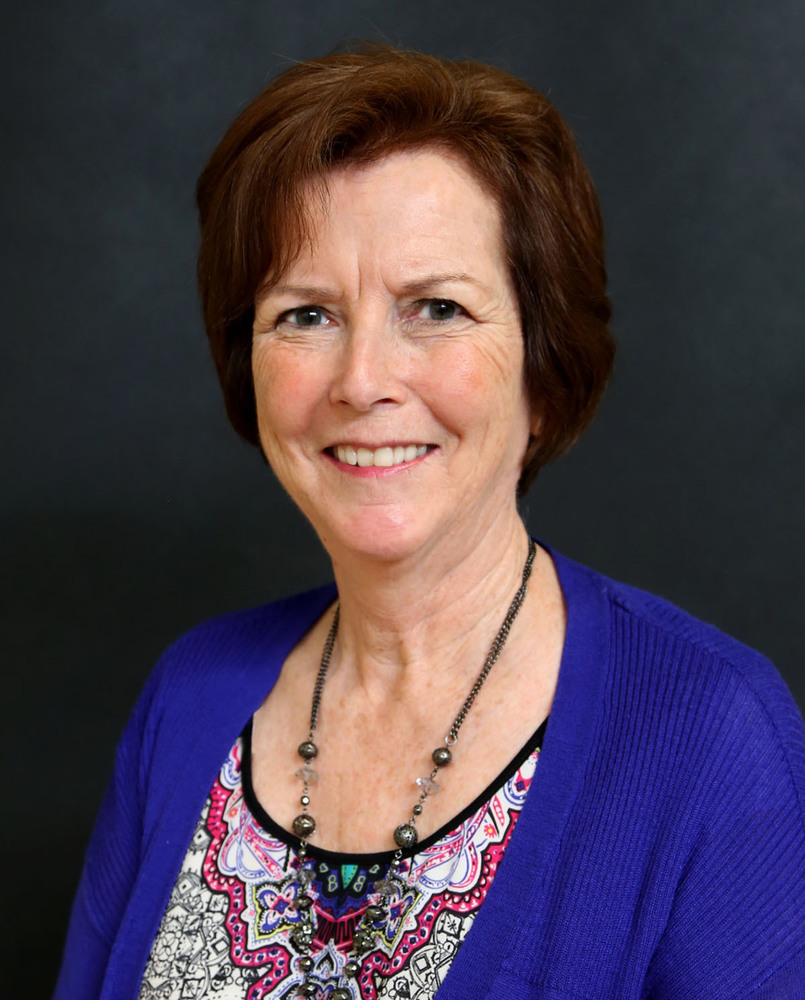 If one walked into Robin Hussey’s classroom during the years she taught, you would have thought she was just another American educator doing her job, with maybe a little travel in her background and a lot of experience teaching kids. For 29 years she worked as a teacher, math specialist, and assistant principal at the secondary level in the district.

Her experience with teaching is vast, but her international roots are not well known across Carbon School District, particularly among students and parents.

“My dad and my mother were raised in the north of Ireland,” she said. “My father served in the Royal Air Force in North Africa during World War II. After the war, unemployment was pretty high in Ireland, so they immigrated to Canada.”

It would be easy to figure that since they came to Canada she would end up in the United States eventually as so many Canadians do. But that is not the end of the immigration story.

Her father joined the Canadian Air Force, and then later he was stationed in France and the family followed. That is where Robin was born. Then later they moved to Nova Scotia where her father was transferred. He was eventually discharged for a back injury he got while serving and then the family went back to Ireland.

Unemployment was still high when they arrived, so instead of resettling there they went to England where her father was able to find work. However, only a few months later, Australia was calling to her dad, whom Robin said the family always said had a little “gypsy blood in him.”

“We moved to Melbourne, Australia and lived there for seven years,” said Robin. “That is where we became interested and joined the Church of Jesus Christ of Latter Day Saints. Partly because of the church we then moved back to Canada settling in British Columbia. That is where I graduated from high school.”

She then went on to higher education at Ricks College in Idaho for two years and then to BYU, where she majored in home economics.
“When I came to Carbon District to teach it was as a student teacher, and I was assigned to teach home economics at Helper Junior High,” she explained. “While here I met my husband and we had a pretty whirlwind courtship. We met in March, started dating in April and got married in June. That was in 1976.”

After graduating from BYU and getting married, she worked as a home economist for Mountain Fuel Supply for about a year and a half. Then they started having kids, so with the exception of a small business they had that she worked at as much as she could, she stayed at home for a number of years.

In 1989 she decided she wanted to fulfill the life-long dream of teaching, but all the home economics positions in the school district were full with long time teachers in them. With a bachelors degree and student teaching behind her someone suggested that she get a math minor, because there were teaching positions open in that discipline. For a year she took classes at the College of Eastern Utah as well as independent study at BYU and completed the requirements for a math endorsement. She was hired right away.

“The year I was hired they hired three math teachers,’ she said. “So I went to work at Mont Harmon Junior High. I taught there for 14 years and loved every minute of it.”

In 2004 she was asked to go to East Carbon High School as a math teacher on special assignment. The school had some low math scores and she was asked to assist the teachers who were already there. At the end of that year the school closed and she was moved to the district office to be the secondary math specialist for the district.
“That position was based on soft money and the availability of the funding was always questionable,” she stated. “The money was never stable from year to year so I felt a little like a pawn on a giant chess board because we were never sure from year to year if I would continue in the position or be reassigned to a classroom.”

During that time she not only helped around the district, but she also taught some math classes at Carbon High and Lighthouse.

When it came to wanting to be an administrator, which she eventually did become, she didn’t have much interest.

“I don’t enjoy being the center of attention,” she said. “I much prefer having a supporting role. So I never really considered it.”

Nonetheless, since she was working at the district office she said she felt compelled to get an administrative certificate. This led to her becoming the Assistant Principal at Carbon High in 2010. Those years doing something she wasn’t sure she wanted to do, however, have been filled with joy and fulfillment.

“One of the favorite things I was involved in at the high school was a program called ‘Meet or Beat Your Personal Best.’” she stated. “It is a program for all kids, but particularly those who are not necessarily the best students; ones that worked hard to survive and pass. The week after school was out each year we printed report cards. At that point I would look through each of them and identify the highest GPA a student got during the entire previous year. We then set that GPA as their goal for the first quarter of the next school year. If they surpassed it they got a certificate and a coupon one of the pizza outlets provided. Their goal for the following quarter was based on their highest GPA to date. The beauty of the program is that students do not compete against anyone else, only their own GPA. Sometimes it seems to people that something like this wouldn’t mean much to those kids, but when you have a student come to you and tell you that they had met the goal but had not received their coupons or award, you know that it is important to them.”

She said she always told them to go home and stick the award on the refrigerator.

“I told them ‘Hey you milk this. You might not have to do dishes tonight because of it,’” she said with a smile.

She said she thinks retirement will be good, but she will miss the people, particularly the students and her interactions with them.
“I have been richly blessed to have spent the past 29 years doing what I love with amazing people: administrators; faculty; staff; students; and parents," she said. " There is no doubt that I will miss it.”

One of the things she wants to do in retirement is pursue her hobby of quilting more, but she said she is not “going to turn it into a business” because that then adds a layer of stress to it and that would make it no longer a hobby that is fun. Gardening and spending more time with her children and grand kids will also be big objectives as well. In addition she said she would also like to be of service to the community as well in some way. But the reduction of stress is one of the main things she wants to do in her life overall. She said she and her husband Dixon plan to travel more, hopefully with him backing off a little from his plumbing business.

“We want to take some time and go some places, and go more often than we did in years past,” she concluded.