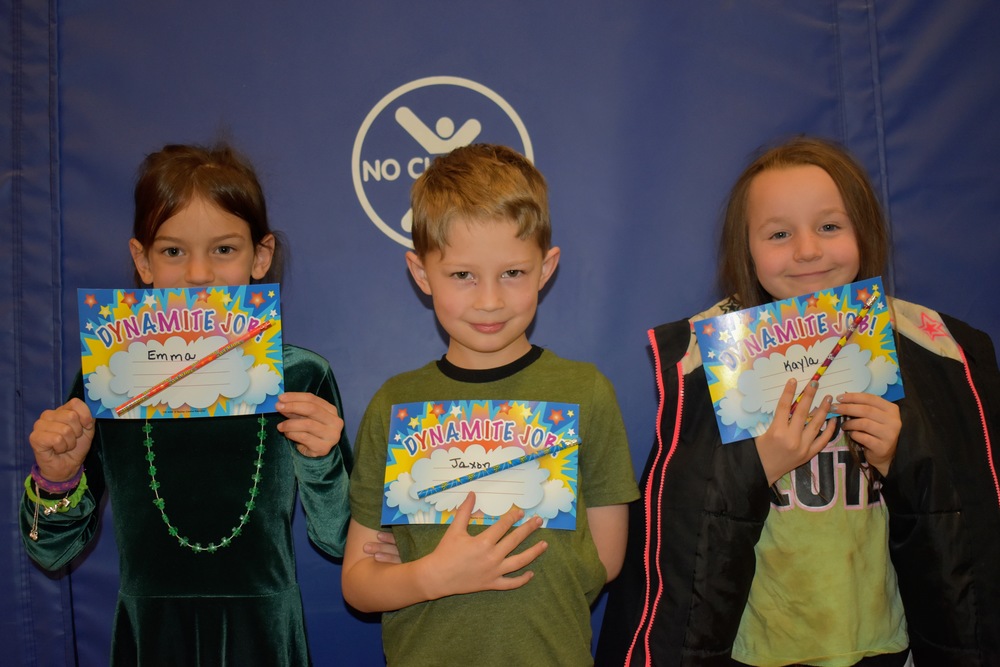 On Thursday, March 17, the faculty and staff at Bruin Point Elementary celebrated their students. Students were given certificates (and the occasional small prize) for excellence in their various subjects plus the library, and HERO recognition.

The excitement was palpable as all of the students found a seat on the gymnasium floor. Principal Connie Todachinnie started the program off and let the faculty and staff get right down to business. PE Teacher, Mrs. Trish gave out seven awards recognizing students who showed various characteristics including determination and perseverance; she also gave a special PE award for “best catch ever” to a student who missed a kickball catch with his hands, only to catch it instead with his feet! Awards from the librarian included students who learned the Dewey Decimal System for library organization, and to students who had appropriate behavior in the library.

Awards were also given to students who improved in mathematics and reading: passing off a Z2 RAZ reading level (the highest reading level available in the RAZ leveling), learning math facts, and increasing DIEBLS fluency. Students were also recognized for non-academic achievements like being a good helper, following directions, and having perseverance.

Following these award presentations, Principal Todachinnie called forward all students who were being recognized for HERO excellence. HERO is a program used by the district to keep track of student behaviors. To qualify for the HERO celebration, students had to have shown good behavior all quarter long. These students were treated to ice cream (with SPRINKLES!) and a movie. 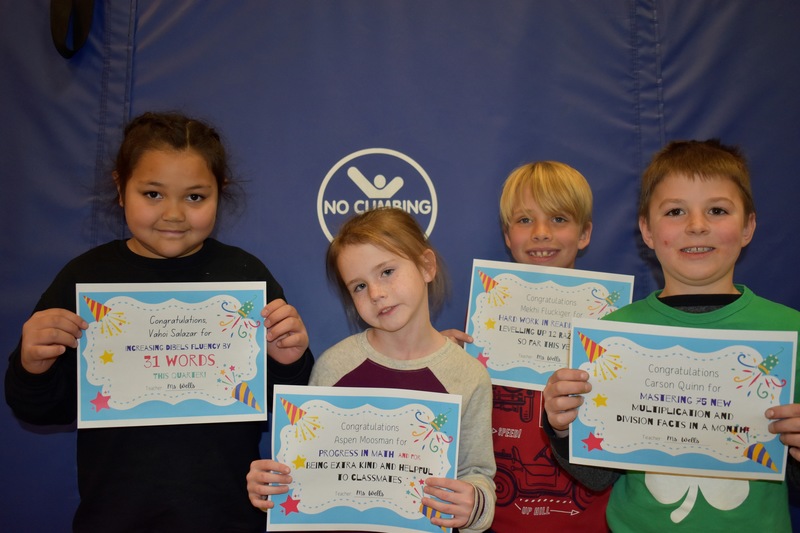 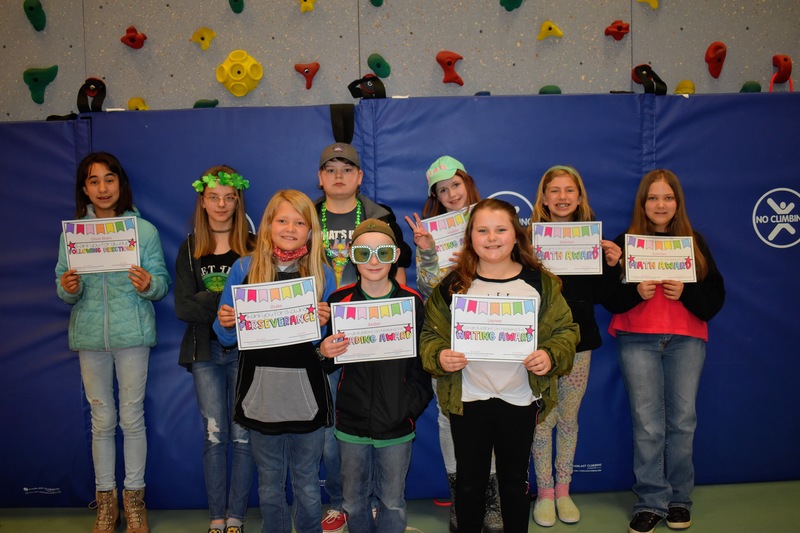 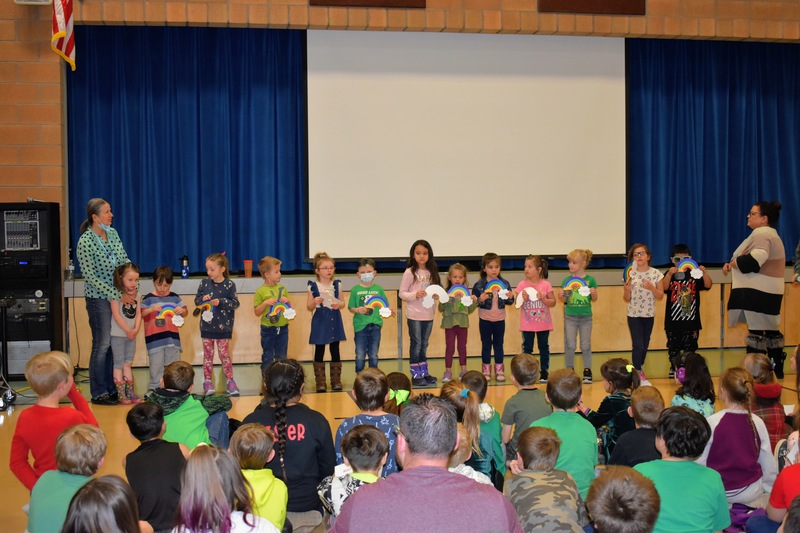