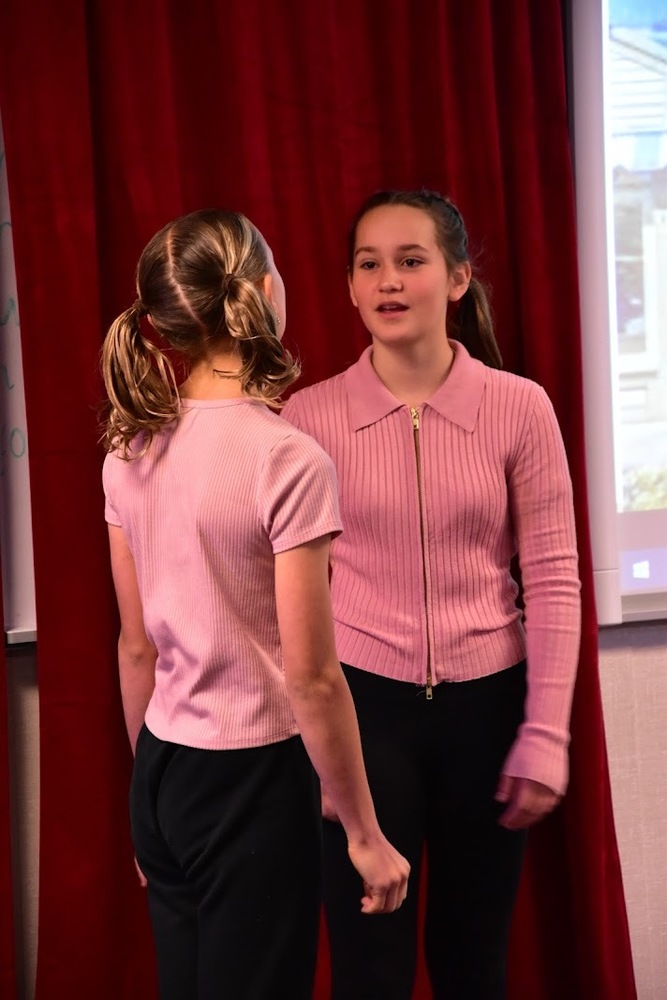 During the 2020-21 school year, the theme for PEAK was “Around the World in 180 Days”, a geographical theme with a nod to Jules Verne’s famous novel Around the World in 80 Days. Castle Heights PEAK teachers: Ann Sorenson and Elizabeth Bryner thought that something in the performing arts would work well for the new year.  After brainstorming, they came up with the current year's curriculum: and "The Show Must Go On." was created! As the theme indicates, the PEAK program focused on the performing arts this year.

Mrs. Bryner and Mrs. Sorenson planned the year with each of them teaching different components of theatre.  Mrs. Bryner worked more intensely with technology and writing while Mrs. Sorenson worked with the performing side of things.

Mrs. Sorenson had the opportunity to facilitate personal stories, improv, and reader's theatre. And Mrs. Bryner taught students how to write stories, poems, and plays and how to give those elements a little “umph” with slideshows and integrated sounds and music.

The culminating project was the one act plays that were performed during the school day on April 14th and 15th.  Students in the 4th and 5th grades decided upon their  topics, groups, wrote, produced and acted in their plays. The teachers decided after 3rd grade had started their plays that they were not quite developed or mature enough and chose to have them perform “Reader's Theater” instead, where students read a pre-made script that took a twist on a classic fairytale. All the students performed their plays for parents and peers.

According to Mrs. Sorenson, “The performance of the plays went very well.  I, being the teacher, was concerned if things would go as planned.  Of course they weren't perfect.  Lines were forgotten, mistakes made and I had to step in for a student with script in hand.  But the bottom line is that the students had success in something that they had invested time and energy into.  And they will be ready and more willing to take more risks in the future.”

Bryner and Sorenson have been impressed with the students' desire to learn, and willingness to take risks performing in front of their peers. “They really do want to go above and beyond what is required of them.  Their thinking skills are amazing and they are developing great technology skills.” said Sorenson.

This year is Mrs. Sorenson’s last as she is retiring at the end of the school year. When asked about her retirement and future plans, she responded with the following.

“Throughout my career in teaching my mantra has been, ‘Childhood is a journey, not a race.’  I have loved teaching, it is part of who I am and teaching has been a great run. It has been especially nice working with Mrs. Bryner, she is certainly a gifted person!  But it's now time to lay down some things and pick up others.  It is with bittersweet feelings that I leave the field of education.  But guess what?  I will still continue on with my journey and continue to grow.  After all, ‘Knowledge is power’!” 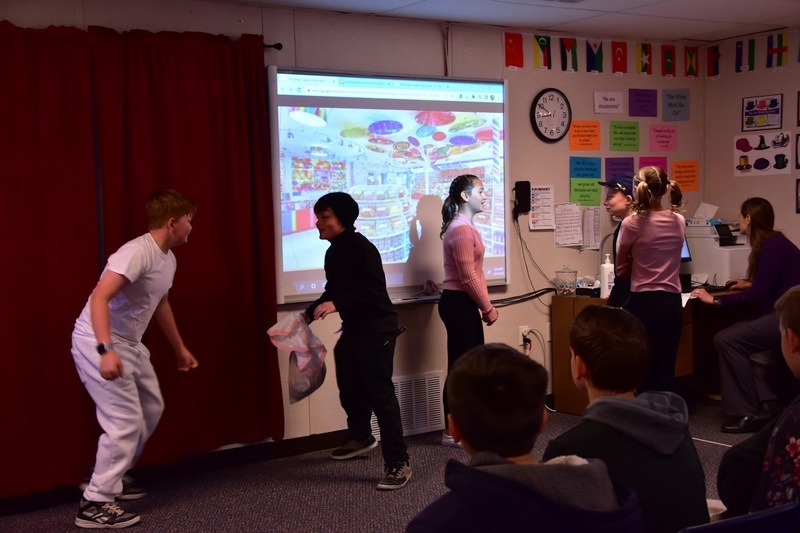 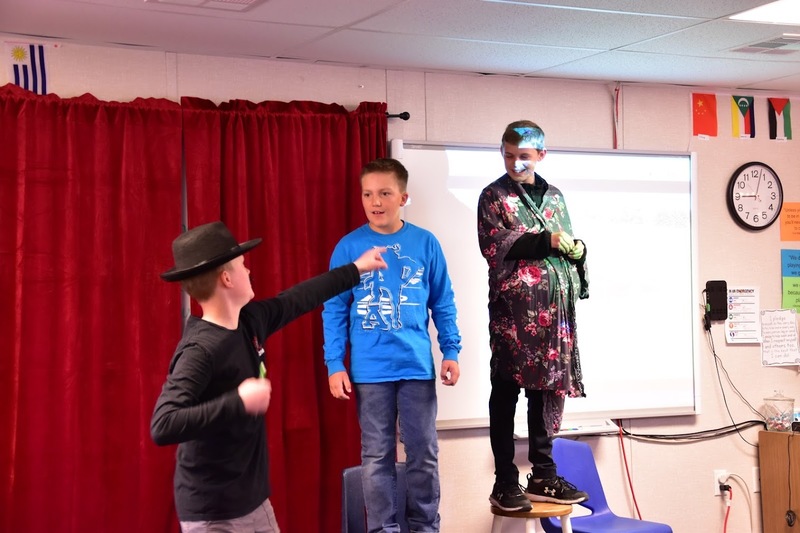 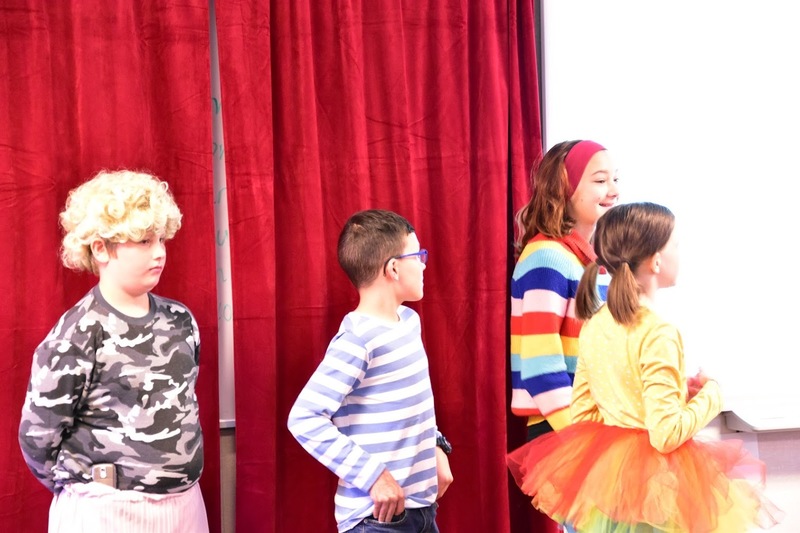 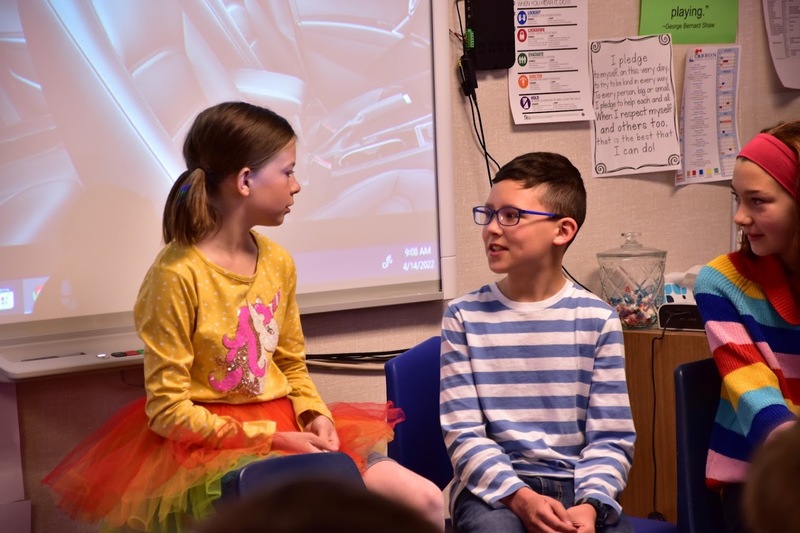 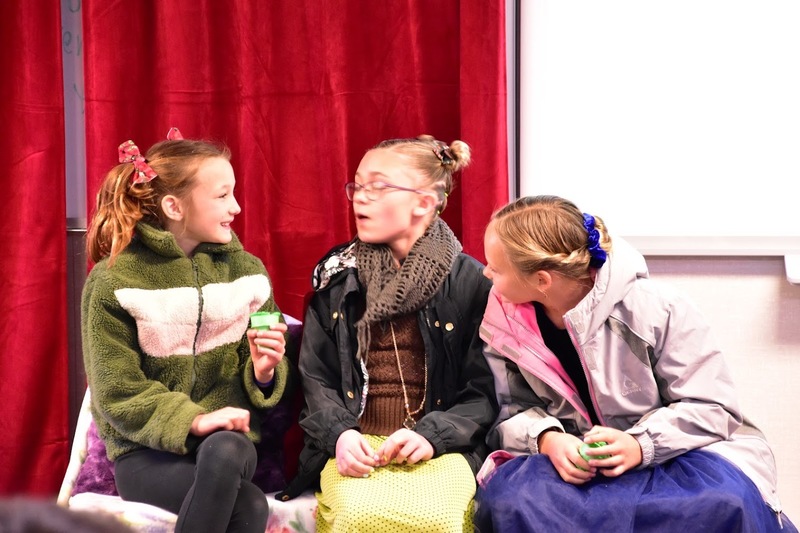