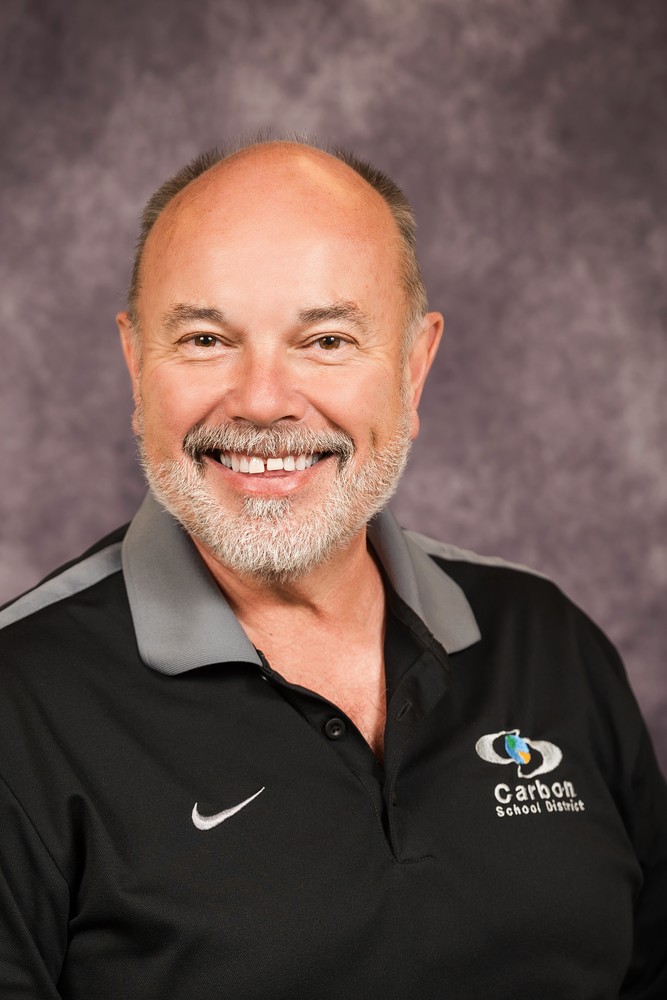 In 1987, Bruce Bean was hired at Mont Harmon Jr. High where he taught Physical Education and coached Football, Wrestling and Track.  He was also the Assistant Boys’ Basketball coach and eventually the Girls’ Basketball coach.  Bruce would like to thank Tonita Crookston, Paul Dupin, Hal Stevens, Mark Carrillo and so many others that were tremendous mentors to him.  In 1993, he moved to Carbon High where he taught Human Biology, Biology and Sports Medicine.  He was Assistant Football coach, Girls’ Basketball and Track coach as well.  He then moved to Head Volleyball, Girls’ Basketball, Assistant Baseball and even spent a couple of years as Assistant Softball coach.  He wanted to thank Boyd Bell, Doug Hintze, Jeff Jorgenson, Don Gressman, Tony Pinedo, Dan Garvin, and well, okay, the entire faculty at Carbon as they were all awesome mentors for him.   In 2007, he became the Assistant Principal at Carbon High and working with Principal Greg Stansfield was a great experience for him.  In 2009, Bruce became the Principal at Mont Harmon Jr. High and he says it was good to get back there. In 2011, he became the Principal at Carbon High School and  worked with the best people in the District.  In 2019, he became Transportation Supervisor and District Athletic Director and he thinks that maybe these are the best people to work with in the District.  He states that he has been fortunate and blessed to have great mentors and colleagues for the past 35 years.  We wish him well in his retirement!