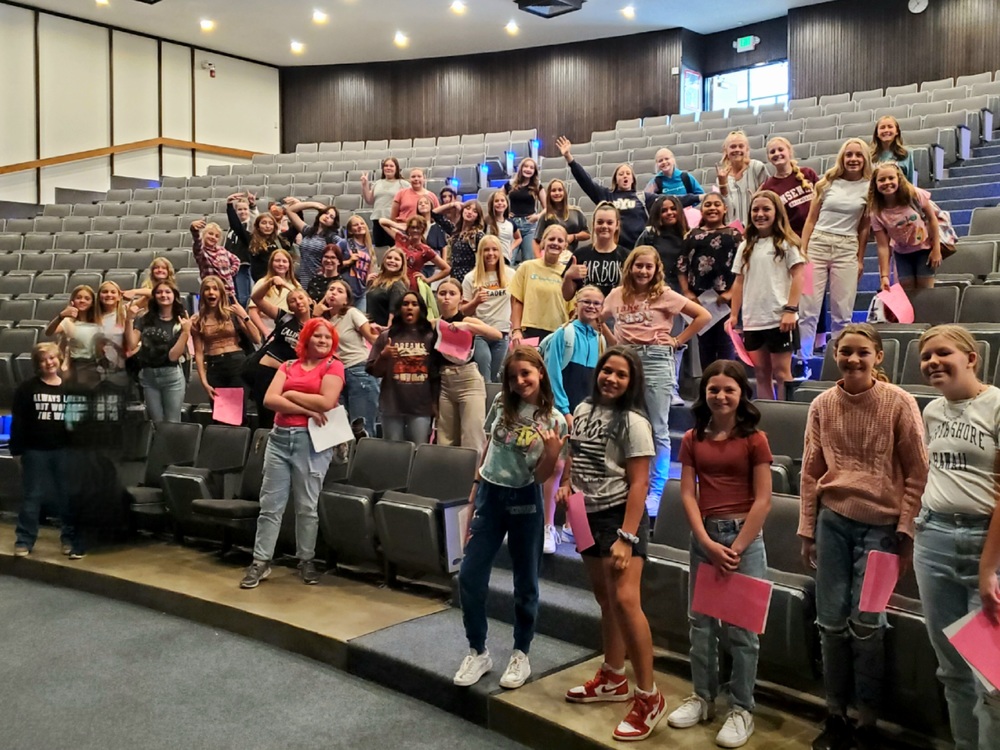 Mont Harmon Volleyball started open gyms at the end of June; then had tryouts the first day of school, August 17th.

Mont Harmon is fielding a lot of teams this year which gives more girls at the school the opportunity to play! They have 6 teams - two groups each with Varsity, JV, and 6th grade. With that comes a learning curve of a new sport for a lot of girls but, according to Coach Megan Urbanik, “they have already worked so hard and learned so much!”

She continued, “A lot of [girls from] our championship team from last year are coming back and they are ready to defend their title! They have put in a lot of time and worked so hard!”

Good luck Lady Pirates! Their next games are Tuesday, September 13 both away against Green River and at home playing Helper. They play again on Wednesday the 14th against Moab.