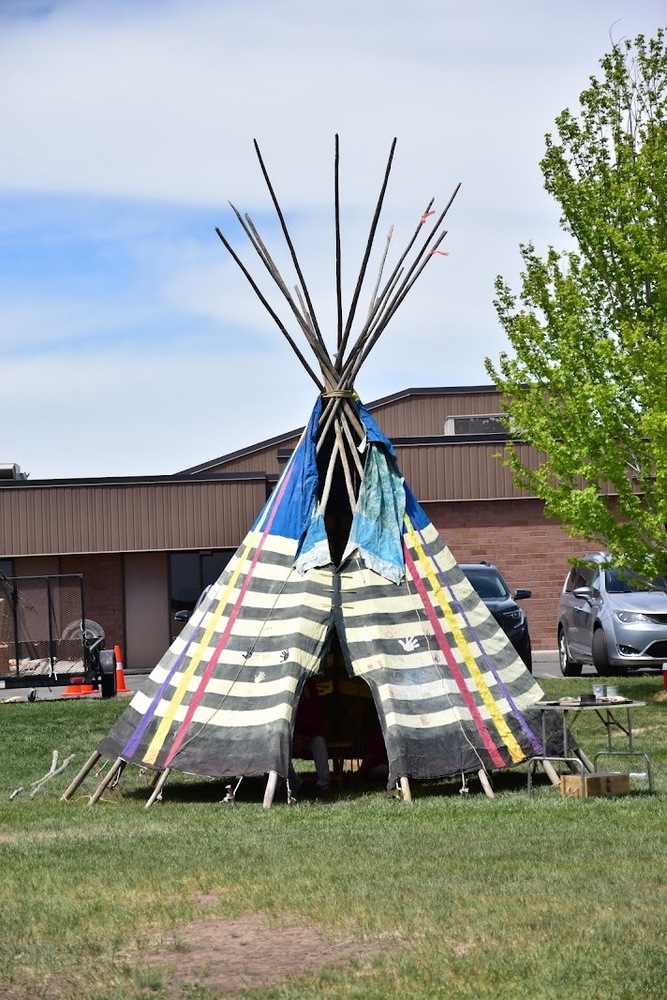 On Friday, May 13, 2022 the 18th Annual Mountain Man Rendezvous was hosted at the Carbon School District’s Office lawn. Mrs. Karen Bedont and her family started the tradition in 2004, at the Lighthouse Life and Learning Center as part of a humanities class. It has since become a district-wide event where students in the 4th grade come and learn about this unique part of Utah’s history. Mrs. Bedont invites community and district members to contribute - there is also Bart Cox who comes up from Emery County and the DWR, both who have come every year since the first rendezvous in 2004.

Bedont said that they try to add something new each year, and she invites anyone who has experience or expertise in Utah Historical Trade Era knowledge to please reach out to her! The first rendezvous was in honor of the 200th anniversary of the Lewis & Clark expedition. Mountain Men followed their trail looking for beaver; Jim Bridger - who Fort Bridger, in Wyoming, is named after and founded by - greatly expanded the maps of the Rockies and even helped guide pioneers and other westward settlers.

This year’s guests were as follows.

The visiting 4th graders were given approximately ten minutes at each station, and because some of the stops did not need that much time, Karen Bedont and the Bedont grandchildren had games from the era for the students to play while they may be waiting; including a game they called sticks and balls which seemed to be a cross between modern day lacrosse and ladder ball. Students would carry two balls tied together with a string on a stick trying to keep anyone from stealing the balls and when they got close enough they had to throw the balls from their stick and try to get it to wrap around the “goal” which was a stick held up horizontally about 3-4 feet above the ground.

There was something there for each student who visited to enjoy, and you could see their enthusiasm. A special thank you to the Bedont families and all of the volunteers who participated to make this event possible.